Dogs of both breeds are joyful and optimistic.

Does that, however, apply to an intelligent spaniel?

Cocker Spaniels are known for their adaptable and instinctive intelligence, and as well as their obedience and work intelligence.

As a result of these characteristics, they are among the most popular and clever dogs in the world.

Continue reading to find out more.

Are cocker spaniels intelligent or not?

According to canine psychologist Stanley Coren, both the American and English Cocker Spaniels are extremely intelligent dogs.

The English Cocker Spaniel is the 20th brightest dog breed in terms of obedience and working intelligence.

While the American Cocker Spaniel is the 23rd smartest.

The Intelligence of a Cocker Spaniel

Cocker Spaniels are classified as “intelligent dogs,” as previously stated.

But how did we arrive at this conclusion?

We didn’t rank this spaniel at random.

Stanley Coren, a pHD and researcher, is credited with coining the term and ranking.

Obedience and working intelligence are founded on two key characteristics, according to pHD and researcher Stanley Coren.

These parameters assess how quickly a canine breed picks up new orders and how obedient they are to them.

The Dog Intelligence Criteria of Coren

Coren enlisted the expertise of 199 obedience trial judges from the American and Canadian Kennel Clubs to compile his list of the smartest dogs.

The judges evaluated and ranked each dog breed for Coren based on his criteria.

Despite the large number of replies, not all dog breeds made Coren’s final ranking of dog intelligence.

In addition, the intelligence trials were limited to dog breeds that were officially recognized by either the AKC or the CKC.

Regrettably, this means no mixed-breed dogs.

In the trials, both the American and English Cocker Spaniels fared similarly.

Both breed varieties placed in the top 30, putting them in the category of bright dogs.

Cocker Spaniels could learn a new command in as little as 5 to 15 repetitions.

This is not only incredibly fast, but it also means you can potentially teach your Cocker Spaniel a simple command in minutes!

Another factor in dog intelligence was obedience.

They have an 85 percent or better success rate in obeying a recognized order on the first try.

The Weimaraner, Bernese Mountain Dog, Pomeranian, Collie, and both Corgi varieties are examples of popular dog breeds in this intelligence category.

How do Cocker Springer Spaniel stack up against other dog breeds given that we know they’re smart?

Keep in mind that Cocker Spaniels are two tiers smarter than the typical dog, which is a substantial difference.

To learn a new command, the average dog need 25 to 40 repetitions.

To put it another way, Cocker Spaniels learn twice as fast as the average dog.

In terms of obedience, most intelligent dogs will obey a recognized command on the first try, with a success rate of 50% or higher.

This indicates that Cocker Spaniels are roughly 70% more obedient than the ordinary dog.

Being average has no negative connotations.

If you’re interested, the German Shepherd, Great Dane, Boxer, Dachshund, Siberian Husky, and Pointer are some of the most popular average clever dogs.

Cocker Spaniels Are Smart For Other Reasons

Cocker Spaniels are extremely obedient and quick to learn and may seem to be a working cocker.

But even Stanley Coren admits that dog intelligence is far more than that.

So, what other factors contribute to the Cocker Spaniels’ high intelligence?

Adaptive and instinctive intelligence are also components of a dog’s true IQ, in addition to obedience and working intelligence.

As a result, others think that these two aspects of dog intelligence are even more crucial!

The talent or purpose for which a canine breed was bred is referred to as instinctive intelligence.

Almost every dog breed was initially bred for a certain duty or function in society.

They were all created to assist us as people.

But how does this fit into the definition of canine intelligence?

Herding dogs, for example, were bred to herd animals.

They were born with inherent instincts and the ability to herd sheep and direct them in a precise direction without any additional instruction.

This is what is known as instinctive intelligence to be a working cocker spaniel.

Objects are naturally attracted to retrievers. Guard dogs are watchful and protective of their domain.

Other dogs are only supposed to be lapdogs and companions.

For example, Cocker Spaniel Breed were designed or breed to hunt.

Despite the fact that Cocker Spaniels are now mostly used as companion dogs, few owners still train them to hunt and to be a working dog.

They’re still hunters at heart, with instincts that make them some of the best bird hunters.

The name “cocker” comes from the English Cocker Spaniel dogs that were originally bred to hunt Eurasian woodcocks.

Cocker Spaniels, according to Gun Dog Mag, are ideal for bird hunting in tight cover.

They have a keen sense of smell, and their instincts tend to follow scents carried close to the ground by the breeze.

Instead of sweeping through the area, cockers will hunt in portions.

Although it isn’t a standard practice, it works well with these small dogs.

The Adaptive Intelligence of the Cocker Spaniel

Adaptive Intelligence is the final component of canine intelligence, and it refers to what the dog can learn on his or her own.

It’s the dog’s ability to learn from its surroundings and past experiences.

Most Cocker Spaniels are recognized to have a high level of adaptive intelligence.

These type of dogs learn quickly.

They are some of the best problem solvers in the dog world, according to their owners.

Cockers with a Sense of Humor

Are Cocker Spaniels the dog for you now that we know they’re smart?

They’re athletic dogs who excel on the field, but they can also become excellent home companions.

After all, there’s a reason they’re in the top 30 most popular dogs in the world.

While it’s entertaining to see how a certain breed compares to other dog breeds in terms of canine intelligence, it shouldn’t be the determining factor when choosing a dog.

You don’t need a dog with that much intelligence.

Rather than pondering whether Cocker Spaniels are intelligent, consider whether they are a good match for your personality and lifestyle.

Cocker Spaniels, on the other hand, are kind dogs with a happy attitude who get along with a wide range of people.

They get along with everyone and everything, including tiny dogs and even cats (with enough socialization).

They enjoy being active and, as a result, require a great deal of physical and mental stimulation on a regular basis.

Because Cockers are eager to please and obedient, training is enjoyable and easy, but it does take some patience and consistency.

If you still think Cocker Spaniels are right for you after learning about their temperament, you should get one.

They’re among the best dog breeds out there.

Cocker spaniels are affectionate, caring, and easygoing, making them a wonderful addition to any family.
They are often intelligent and simple to train.

The Cocker Spaniel is a popular family dog, which is one of the reasons for his popularity.
He gets along with youngsters if he was reared with them and the children are kind and respectful to animals.

Do cocker spaniels bark a lot? 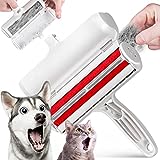 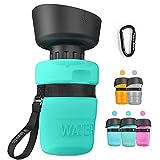