If you have a pooch that’s a little more adventurous then perhaps consider teaching them how to skateboard.

While you’ll need to ensure you have good pet medical cover, a fun filled weekend skateboarding might be just the thing your Dog needs to let off some energy.

We’ve scoured YouTube to find 5 of the Best Skateboarding Dogs to give you a little inspiration.

This is undoubtedly the most famous Skateboarding Dog on the internet.

With over 22 MILLION views, Tillman is a true internet legend.

Sadly no longer with us, Tillman still holds the Guinness World Record for the Fastest 100 m on a skateboard by a dog

Stair sets are challenging even for the most professional Skateboarders.

But this pawesome little dude tackles them with style.

I’m not sure what this little guys name is, but his video has some serious Skateboard production values, there’s even a classic fish eye lens shot.

Dash has to be the most advanced Skateboarding Dog we’ve ever seen and he’s certainly the most skilled on this list.

Cassie just goes to show that with a little practice Dogs can put their paws to anything.

If this is what she was capable after a week I can only imagine what she’d be like now.

Would you let your Dog Skateboard?

What do you think?

A great way to exercise your Dog?

Let us know in the comments below. 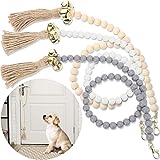 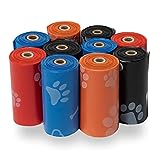